Is thievery the second big scandal of the Catholic Church?  Get the facts. Priests were not the only ones engaged in deviant behavior, and sex abuse was not the Church’s only form of criminality; thousands more priests and staff members were embezzling and stealing, giving root to the thievery scandal in the Catholic Church.

THIEVERY is a documentary based upon the collection of ninety-seven (non-sex abuse) cases uncovered through a comprehensive investigation of legal cases, newspaper stories, and articles reported from 2002 to 2018.  Throughout this period, sex abuse scandals dominated comment about the Catholic Church.  And rightfully so.  It’s estimated that priests imposed their will upon over 100,000 innocent children.

THIEVERY uses actual news stories to illustrate the types of financial mismanagement perpetrated by unethical priests and staff members.  It reveals how depraved bishops covered up countless cases of theft.  It demonstrates how Church officials failed to hold bishops and priests accountable.  It conveys a sense of urgency for action to be taken by the Church hierarchy.

With estimates of thievery in the U.S. Catholic Church now surpassing $1.2B annually, legal costs for sexual abuse cases escalating, operational expenses growing, the number of lapsed Catholics increasing, and the percentage of contributions dwindling, THIEVERY raises the daunting question:

Is the Catholic Church too big to fail? 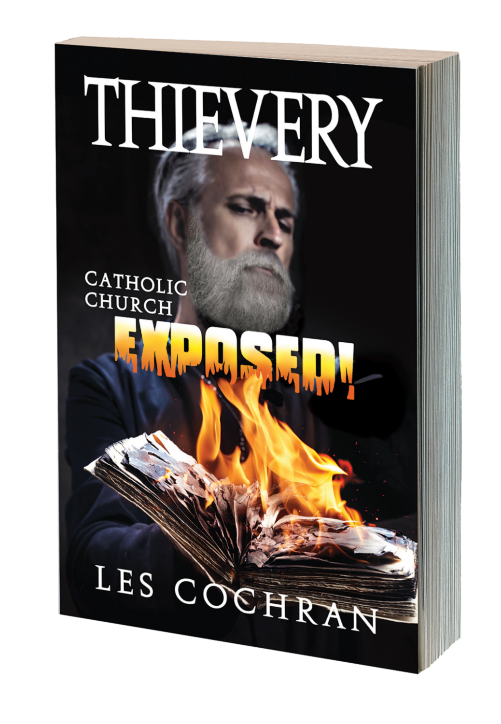 Detroit is hemorrhaging; a criminal juggernaut has brought the city to its knees—the Mafia has outwitted, outmaneuvered what is widely known as the nation’s most corrupt police force. The city’s social fabric is torn beyond repair, neighborhood gangs are rampant—unethical political officials offer no help—the situation is hopeless!  Yet, buried deep in small neighborhood enclaves are pockets of people unwilling to succumb to these evil forces; they’re clawing for survival, an uphill fight against all odds—to save their homes, their dignity, their way of life—they are the Detroit thorn birds. Exhibiting the same levels of extraordinary commitment as did Colleen McCullough’s characters in her 1977 best-selling novel, The Thorn Birds, the Detroit thorn birds are driven beyond cause! This modern-day work of historical fiction which also takes place in 1977 follows the steps of real-to-life thorn birds:

Unfettered by intimidation, extortion, and violence, the Detroit thorn birds wreak unparalleled havoc on the Mafia.

Detective Clark Philips is upping  the ante; his team of police officers and FBI agents embark on an operation to undercut Mafia run blind pigs and unmask Mafia ties with the Catholic Church.

Building upon their successes in SAX CLUB, the real-to-life characters continue their uphill battle in BLIND PIG, the second historical fiction novel in the “Detroit Thorn Birds” series.

It’s the late ‘70s, Detroit is hemorrhaging; a criminal juggernaut has brought the city to its knees — the Mafia has outwitted and outmaneuvered what is widely known as the nation’s most corrupt police force. The city’s social fabric is torn beyond repair, neighborhood gangs are rampant — unethical political officials offer no help — the situation is hopeless!

Like the characters in Colleen McCullough’s best-seller novel, The Thorn Birds, the Detroit Thorn Birds are unrelenting in their resolve; they refuse to succumb to the evil forces permeating their small neighborhoods — they’re clawing to save their dignity and way of life. 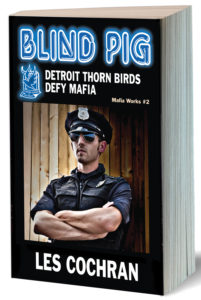 It’s the early ‘80s and heroin is king. It’s all about the money; there’s no loyalty. The only rule is to get even. Killings of Detroit and other mafia across the nation—all on the 22 nd of the month—means someone is trying to get even with the mob. The FBI is puzzled. Team members work relentlessly to discover what appears to be an international conspiracy to get even. Detective Clark Philips and his team of police officers and FBI agents end up in a direct confrontation with the Mafia’s big bosses. Their probes into Mafia connections with the Catholic Church provide new revelations and a twist on those responsible for the number of body mutilations and killings. Father Dom’s digging into Mafia ties with the
Catholic Church uncovers surprising mafia manipulation.

It’s highly motivating for me to create novels that reflect real events/situations from Detroit’s past; I’ve always had a passion for writing and a strong interest in history.  I enjoy researching historical events involving the Mafia in Detroit and, believe it or not, I lived there when many of the storylines were happening (yeah, I can’t believe I’m that old either.) The fun part for me comes when I start weaving fictional stories around the real events. My imagination really fires up when I start weaving the story – – my wife says that must be why we’ve moved to Weaverville!

I’m now collecting materials for storylines in future novels in the Detroit Thorn Bird series and would love your help.  I think it’d be fun to team up and swap ideas and experiences with you. Your life-events might not revolve around Detroit, maybe its Boston or New York.  Regardless of the place, I hope you will share your experiences with me—let’s see what happens. 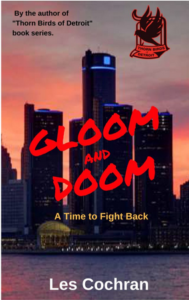 My Detroit Thorn Birds series is historical fiction, but as Scott Burnstein of The Oakland Press said it “is a surefire hit with lovers of both fiction and non-fiction.”   It offers readers a firsthand look at life in Detroit during some of the city’s most violent years.  You’ll get acquainted with Mafia characters, members of the FBI, police officers, and everyday citizens.

Gloom and Doom is a prelude to the series—it’s a quick read that sets the stage for what’s to come. Times were tough in Detroit; following the 1967 riots the city was on a steep decline.

The police department was corrupt.  The Mafia was in control.  Gang violence was on the upswing. The characters in the series were fighting to save their homes, their dignity, and their way of life.

University politics, events and interaction on campus and within the community are fairly accurate reflections of my life experiences.  However, the sex addiction conundrum of key character Steve Schilling is just my imagination!  Speaking of imagination, Steve actually wrote a mini-novel explaining a few things from his perspective.  It’s free.  Click HERE now or come back for it after you have read the trilogy.  Enjoy the stories. 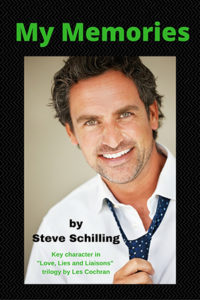 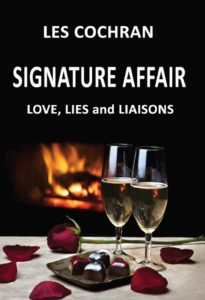 SIGNATURE AFFAIR exposes the underbelly of academic life on a Midwestern college campus — the politics, sex and backroom machinations. A sex-driven university president, Steve Schilling, takes the university to new heights. Everything is coming up roses. He’s loved and respected by all. Behind this image is a troubled man unaware of his personal issues. He maintains five affairs loving each woman equally, treating her as if she’s the only one, exceeding her expectations in every way. Steve’s wife discovers his philandering ways. A young reporter takes a series of enterprising actions to undercover the truth. His world collapses and Steve struggles to save his career.

COSTLY AFFAIR is the second novel in a “Love, Lies and Liaisons” trilogy. It follows SIGNATURE AFFAIR that exposed the disturbing life of Steve Schilling, a highly successful university president. Again, his adroit leadership skills are tested as he turns around a financially-troubled university. Politically astute, Steve outfoxes scheming faculty members, raises millions of dollars, builds a new arena and gains broad respect. He develops a close, loving-relationship with a beautiful and powerful media guru and treats her as if she’s the only one. Alas, she is not. Steve’s long-standing sexual addiction makes it impossible for him to distinguish between sex and love. Striving to make women happy, his life vexes him as he copes with personal desires and professional challenges. 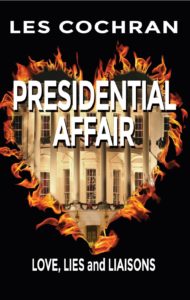 PRESIDENTIAL AFFAIR: The intriguing conclusion of the “Love, Lies and Liaisons” Trilogy. As the first female president of the United States, Janet Stetson is the most powerful woman in the world, but to Steve Schilling she’s much more than that. The two form the perfect team — on the Hill during the day and in the White House at night — he treats her like no man ever before. Together they develop a plan to reform the nation’s beleaguered public schools and successfully gain support from both sides of the aisle to pass legislation that revolutionizes our public school system. While she’s making tough decisions, he’s involved with other women creating a “Steve-a-mania” epidemic. And when his sexual encounters extend beyond the White House, there’s an attempted assassination of president. The Secret Service, FBI, CIA and NSA work together like never before to uncover those responsible for this treasonous act.

LOVE, LIES and LIAISONS TRILOGY portrays the dual life of a highly successful president who turns around two universities. Steve Schilling, the sexy-looking president works his way through the politics, sex and backroom machinations of a Midwestern college campus then moves on to become a God-send for a financially troubled university in North Carolina.

He is loved and respected by all.

Behind this image is a troubled man struggling against all odds to deal with his compulsive sexual behavior. Unlike those called womanizers of the past, Steve’s problems are compounded by women attracted to his advances. He’s handsome and very successful; a good catch for any woman.

Recruited to Washington D. C. by the first female President of the United States, they form the perfect team—by day they’re passing legislation to reform our nation’s beleaguered public schools and by night they’re sleeping in the White House.

Steve’s sexual encounters extend beyond the President. Agents from other countries are fully aware of his shortcomings and seek to take advantage of his weakness. It never dawns on him that he’s being used by sexy female spies. His escapades place the President of the United States in harm’s way — there’s an attempted assassination. The Secret Service, FBI, CIA and NSA work together like never before to uncover those responsible for this treasonous act.